The word “virus” is on everybody’s lips these days, but Ben Fry, an undergraduate Biology major at the University of Mississippi was talking about these disease agents well before most of us. Last year, while investigating various research possibilities for his thesis in the Sally McDonnell Barksdale Honors College, he became interested in LPDV, a suspected emerging disease virus of wild turkeys.  A previous honors student, working in the lab of CBCR Associate Director Richard Buchholz, had demonstrated that this harmful virus, which had only recently been discovered in wild turkey populations, could be detected in 30% of the birds harvested by Mississippi hunters. Ben, also an avid turkey hunter, was eager to participate in research that combined his love of the outdoors with the development of a skillset relevant to his career goal of working in human medicine.  “I wondered why only a minority of turkeys tested positive for the virus” recalls Ben, “and Dr. Buchholz suggested that some birds may have immune genotypes that help them resist infection”. Pandemic safety precautions shut down the campus for undergraduate students mid-point in the spring semester. Back at home in Tennessee Ben focused his efforts on collecting more samples for testing (that is, he went hunting!) while also accessing the campus library’s scientific journals remotely to learn about individual variation in anti-viral TRIM genes.  According to Dr. Buchholz “Ben’s literature review uncovered that no one has previously investigated TRIM genes in a wildlife species. By building on the previous work in my lab, he has the potential to make ground-breaking discoveries about how novel diseases like LPDV are able to spread widely in some populations but not others.” Ben begins his hands-on lab training in molecular genetics research in late August when he returns to campus for the start of the fall semester. Of course he’ll be trained in lab safety measures and work fully gloved, masked and well-spaced from others in the lab so he can complete his studies without becoming a new data point in the novel corona virus pandemic. A greater threat to Ben’s project is a lack of funding to complete the work. The student points out that “Dr. Buchholz obtained a small grant from the GENEWIZ company to help cover the costs of genetic sequencing, and the honors college will probably kick in some funds for lab supplies, but it probably won’t be enough to run all the samples.” Supporters can help LPDV research at the University of Mississippi by donating to the Animal Behavior Research Fund and directing that the funds go to the “UM Wild Turkey Disease Project”. 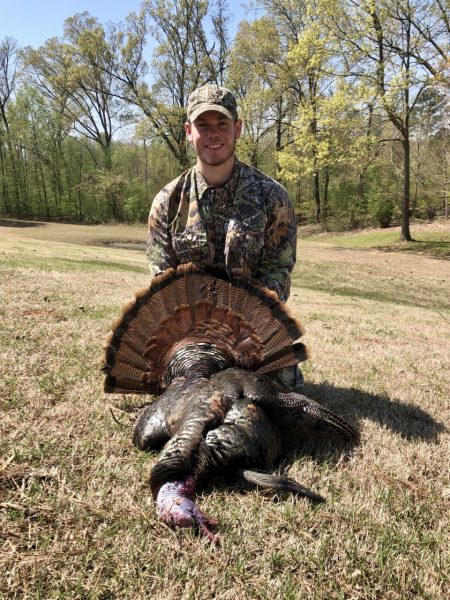 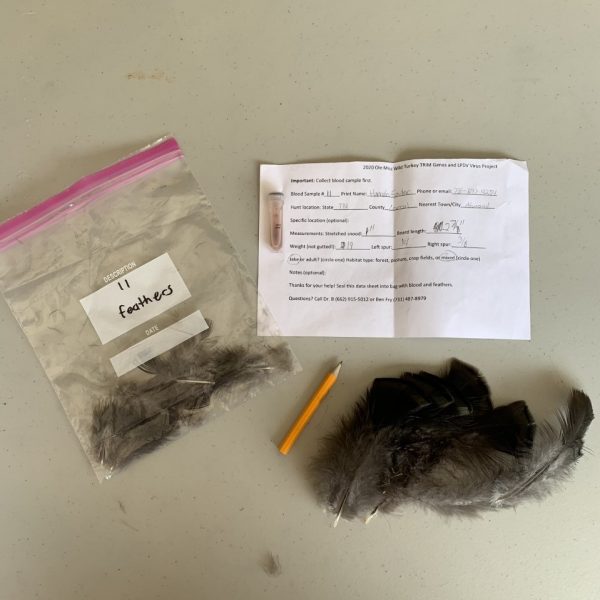 “Dozens of wild turkey hunters have provided blood and feathers samples with collection information including measurements of each bird’s body condition.