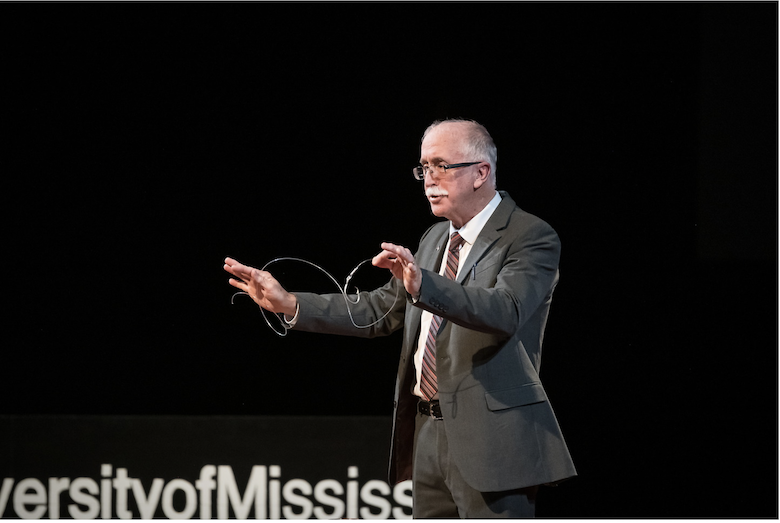 Glenn Parsons, professor of biology and director of the Center for Biodiversity and Conservation Research, spoke about shark biology and conservation at the University of Mississippi TEDx 2019 on March 6. 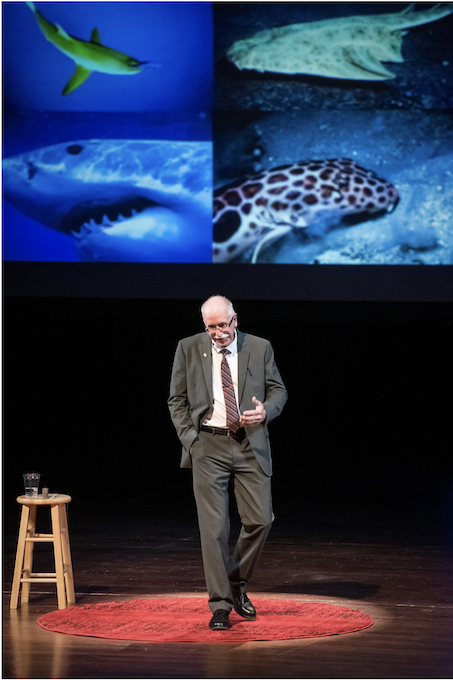 After reminding the audience that the chance of them being injured in an accident in their own bathrooms is many thousands of times greater than the likelihood of being bitten by a shark, Dr. Parsons detailed the many benefits of having sharks on our planet. Sharks play an important role in structuring marine food webs. An understanding of shark biology has been used to improve swimsuit design for Olympic athletes, and their unique antibodies are being used to create novel drugs for fighting infection.

Unfortunately shark populations have declined precipitously, largely due to fisheries ‘by-catch’ and the unsustainable ‘fin trade.’ Dr. Parsons explained how he is testing the use of bite-able fishing line that can allow sharks, but not tuna, to escape from commercial fishing lines.

In 2018 Dr. Parsons testified before the US Congress in favor of legislation banning the importation of shark fins, to help reduce the financial incentives for this cruel and wasteful fishing practice.

Dr. Parsons humorous, informative and impassioned presentation was well-received by the TedXUM audience who responded with applause to his request that they take the initiative to learn more about sharks and to support legislation that will help allow shark populations to recover.