Why Are Frequently Burned Pine Savannas Of Southern Mississippi So Diverse? 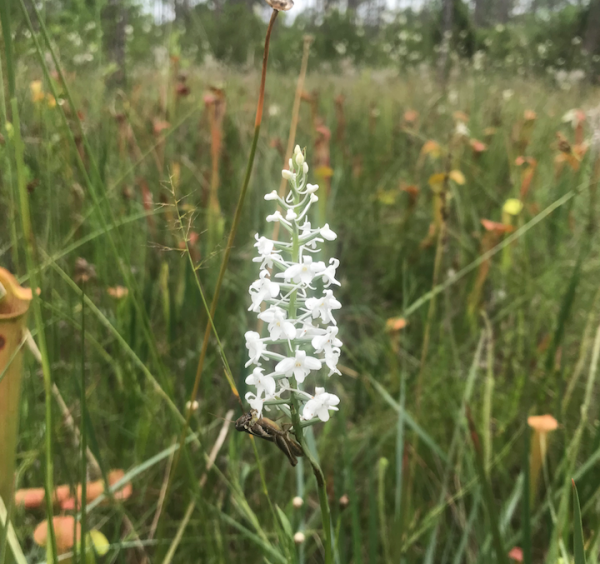 Fire-maintained pine savannas of the Coastal Plain of the southeastern US are recognized as having among the most species-rich communities of endemic plants in the world. At the most recent Ecological Society of America meetings in Louisville, Kentucky, Department of Biology Professor Stephen Brewer presented results of a four-year experiment that showed that the effects of frequent (i.e., annual) fires on plant species diversity could be simulated by annually clipping vegetation and removing leaf litter. He also found that some rare species (e.g., snowy orchid, Platanthera nivea) responded better to fall treatments than to late spring treatments. Although plant species diversity increased over time with annual treatments, P. nivea appeared to show a diminished response over time. Dr. Brewer suggests that incorporating some variability in prescribed fire season and prescribed fire frequency may be necessary to preserve populations of some rare plant species in frequently burned pine savannas. Dr. Brewer is a founding member of the Center for Biodiversity & Conservation Research at the University of Mississippi.